It is a reality that animals are not like humans. Animals are not rational and moral beings like us. They do not possess a lot of abilities that humans have. But undoubtedly, animals are capable of loving and caring. They are capable of relating and connecting with humans. They know how to love, care and protect people. This is the primary reason why many people have pets in their homes. It really brings happiness and joy in the family.

In my case, I have four cute little dogs; three dachshund and one pug. They are Shanshan, Shuga, Yana, and Lilo. Let me introduce to you each one.

Shanshan is the eldest among the four. She is a pure dachshund and her color is totally brown. She is three years old and a proud mother. Knowing that pets truly bring happiness to the family, we distributed her puppies to our family members and friends. But before the puppies were given, Shanshan was very responsible to them as a mother. Shanshan is such a sweet and adorable dog indeed.

Shuga is a two-year old male dachshund. He is black and tan. He is the only one that we kept at home from Shanshan’s offspring. In short, Shanshan is his mother. Shuga is very cute and sweet. He has this cute attitude of being jealous when the other dogs have our attention. He would always hop and show in the middle to get our attention.

Yana is a chocolate coated one-year old dachshund. She is not one of Shanshan’s puppies. I bought her from a friend because she is indeed very cute. She is also very sweet and she likes to eat all the time.

Lastly, Lilo is the only one who has a different breed among the four. She is a pug. Obviously she looks different from the three. But nonetheless, she somehow has the same size with the three so it’s not difficult to blend with them. In fact, she gets along with them. Among the four, she is usually the most hyper. She really likes to get wet in the water. She would always jump into the basin whenever she sees there is water in it. She want to have summer beach vibe all the time. 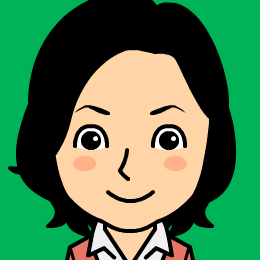